India is a land of diversity and is highly populated. The country shares its borders with China, Pakistan, and Bangladesh. These countries not just share borders with India but also are trading partners of India. India has witnessed significant growth in export value, and the export industry In India is worth a sum of $29,232.05 million. The country received an increase of 4.71% over the last few years. As per reports, the export industry is expected to increase by 7.28% in the next few years. Data analysis has showcased that 54.8% of the products are exported from India and are bought by importers in United States, United Arab Emirates, China, Hong Kong, Singapore, Netherlands, Germany, Bangladesh, Nepal, Malaysia, Belgium.

The export of Indian products is 47.8% more in comparison to the other fellow Asian countries. The export is 19.3% of the products sold by the European importers. India ships products worth a sum of 18.8% to North America, and a small percentage of also is exported to Africa, Latin America, Mexico, the Caribbean, and Oceania. India has a population of 1.352 billion people, and the exported products are worth a sum of $322. 8 billion. India mostly exports pearls, precious and semi-precious stones, jewelry, mineral fuels, waxes, oils, bituminous substances, vehicles, nuclear reactors, boilers, machinery, and mechanical appliances. The export business of India contributes $ 204,955,578,850 to the country’s G.D.P. Over time, India has developed good relations with the various countries of the world to boost external trade. The Indian government has extended the Foreign Trade Policy of India to focus more on substantially increasing the country’s share of global merchandise trade. According to Indian

government statistics for June 2020, the Indian exports fell by 12.41% to an estimated sum of $21.91 billion due to the pandemic situation.

What is the impact of COVID-19 on Indian exports?

The world is currently witnessing the carnage of the coronavirus pandemic. The global epidemic has not only caused the loss of lives but has also depleted the economy. The global market has suffered from substantial financial losses.

The global markets have supply chain disruption and manufacturing, falling to the lowest level in decades. The falling international trade demand has caused deep cuts in the G.D.P. of several countries. As per the commerce ministry, the Indian exports had produced a profit of over $21.4 billion till March 2020. However, after the increasing spreading of the pandemic situation and the lockdown situation, the Indian exports witnessed a downfall of approximately 35%, which accounts for around $32.72 billion. The registered commodities have seen a decline by over 30-40%, particularly engineering goods, textiles, meat, cereals, plastics, and chemicals.

The spread of the COVID-19 pandemic in multiple countries has made the global demand fall significantly, and several orders have also been canceled. The disruption of the supply chains due to the worldwide health crisis has aggravated the poor performance of Indian exports. As per reports, the situation is likely to worsen in the upcoming months. India is a valuable trading partner with several countries across the world. The gap between the country’s imports and exports has created a trade deficit. India dominated the export of fuels, gems & jewelry, petroleum, and crude oil. However, the crude oil and petroleum supply have started hitting negative prices, leading to the downfall of the economy. Due to a crash in global oil prices, this trend is likely to continue further, too. The pandemic situation has also caused India’s

a trading partner who constitutes nearly 50% of the exports has also been exposed to the risk of suffering from financial loss.

What are the primary exports of India?

India has supremacy in the export of products that belong to the specific sectors of mineral fuels, gems & jewelry, pharmaceuticals, chemicals, textiles, engineering goods, and food commodities. India exports its products to the United Kingdom, Hong Kong, China, Singapore, United Arab Emirates, and other countries around the world. For the promotion of the export business, India has set up various export promotion councils. The exported products from India are categorized into essential, non-essential, and luxury goods. The categorization of the products is done in the following format:

The councils look after the trade of the products and work towards the establishment of trade relations with other countries. Here is a list of the primary exports from India.

The diamond jewelry is the most exported products, and its export is worth a sum of $22 billion. India also cuts and polished diamonds worth for an amount of $ 18.66 billion, and it comprises of 64%of the total gem and jewelry export. Gold, gemstone studded, precious metals, and imitation jewelry are most sought after by customers in the international market. The demand for Indian gold jewelry reached 690.4 tonnes. The Indian gems jewelry export stood at $29.01 billion. India is the world’s second-largest gold consumer.

Petroleum products or refined petroleum is the most exported products from India. India’s petroleum industry is involved in the production of medium oils, light oils, crude ol, bituminous minerals, petrol, and diesel. Indian economy is dependent on petroleum produced and exported by the country. In the last few years, India has exported petroleum worth $27 billion. As per reports, the petroleum oils and bituminous minerals produced in India are worth $26 billion. The first names acing at the game of petroleum manufacturing are Hindustan Petroleum, Bharat Petroleum, and Oil Natural Gas Corporation. These companies have given fierce competition to international petroleum brands.

As per reports, India used to generate $15 billion in 2016. But with the onset of the Make in India campaign, the worth of the Indian automobile industry has shot up by 4%. The Make in India has not just given rise to several automobile manufacturers in India but has also increased the automobile export rate by 6%. Indian automobiles are globally recognized for their exquisite design, durability, features, and affordability. India is the largest steel producer in the world. It invests mostly in the export of automobiles. Around 40% of the steel produced in India is used for the manufacture of automobiles. India exports motor cars in countries across the world. Today top-notch companies such as Honda, Tata, Mahindra have emerged not just as the leading manufacturers but also the top exporters of automobiles across the globe. Indian cars are known for the production of two-wheelers and four-wheelers. The growing interest of companies in exploring the rural markets aided the growth of the sector.

The electronic industry is a booming sector of industries in India. Earlier, India had been involved in the import of electronic equipment from other countries. The electronics industry of India succeeds silently yet mostly since last years. The demand for electronic products in the domestic market has prompted the growth of the electric sector. The electronic exports from India are worth for a sum of $8.21 billion. U.S.A. and U.A.E. were earlier the top importing countries of India and now are among India’s primary export destinations. The Indian electronic industry has witnessed an increase in the exports of electronic products from 9.2% to 14.2% over the last few years. Technological improvements and competitively cost-effectiveness are the main factors for the demand for Indian electronics products.

India is the largest steel producer in the world. The iron and steel industry produces the metal in the form of iron ore. Steel companies like TISCO, IISCO, Bhilai Iron, Tata steel, Jindal steel play a significant role in the manufacturing of steel products in India. On an annual scale, the steel industry of India witnesses a 7 % increase every year. The steel companies of India produce around 100 metric tons of finished steel and alloy steel. Steel manufacturers in India are responsible for the production OF Iron, Steel, and Iron Ore. The Indian steel industry is ranked as the second-largest in the world. The country exports around 50% of the steel produced in the global market. The steel export business of India contributes 30% to the country’s economy. Odisha, with a production capital of 18 million tonnes per year, is the largest producer of steel in India. The Indian steel industry is generating an annual revenue of $20 billion. The major export destinations for the Indian steel and iron industry are Italy, Nepal, Belgium, and Bangladesh.

India is the largest exporter of seeds across the world. The country is also the second-largest producer of rice in the world after China. India has been practicing agriculture for ages, and its economy is dependent majorly on the production of agricultural products like cereals, vegetables, pulses, and fruits.

Saudi Arabia, U.A.E., Iran, and Iraq are the top export destinations for Indian cereals. The cereal export business is worth for a sum of $5.55 billion. The rice export accounts for 90% of the total cereals exported from India. India is the top in rice exporting countries worldwide, with its market share of 28.9% from the world’s output. The cereals exported from India are known for their flavor, rich texture, superior quality, and variety. The cereals are exported from Indian in the international market at highly competitive rates. India is known for exporting rice to 150 countries across the world. Studies have found that every year India exports around 20 varieties of rice around the globe. The flourishing rice export business of India has recorded the participation of over 1000 active rice exporter companies. Every year the country exports about 12 million tonnes of rice, including Basmati and non-basmati varients. 35% of the world’s rice is grown and exported from India. The country also produces 25% of the world’s food grains. Gram is the most dominant pulse that is produced in India. On an annual rate, the country produces 23.40 million tonnes of pulses. The primary pulses producing states of India are Madhya Pradesh, Maharashtra, Uttar Pradesh, Rajasthan, and Karnataka. The rabi pulses cultivated in India contribute more than 60% of the total production. Half of the cereals and pulses generated in the country are consumed in the domestic market while the rest half is exported in the international market. Indian pulses are known for their rich texture and impeccable taste. 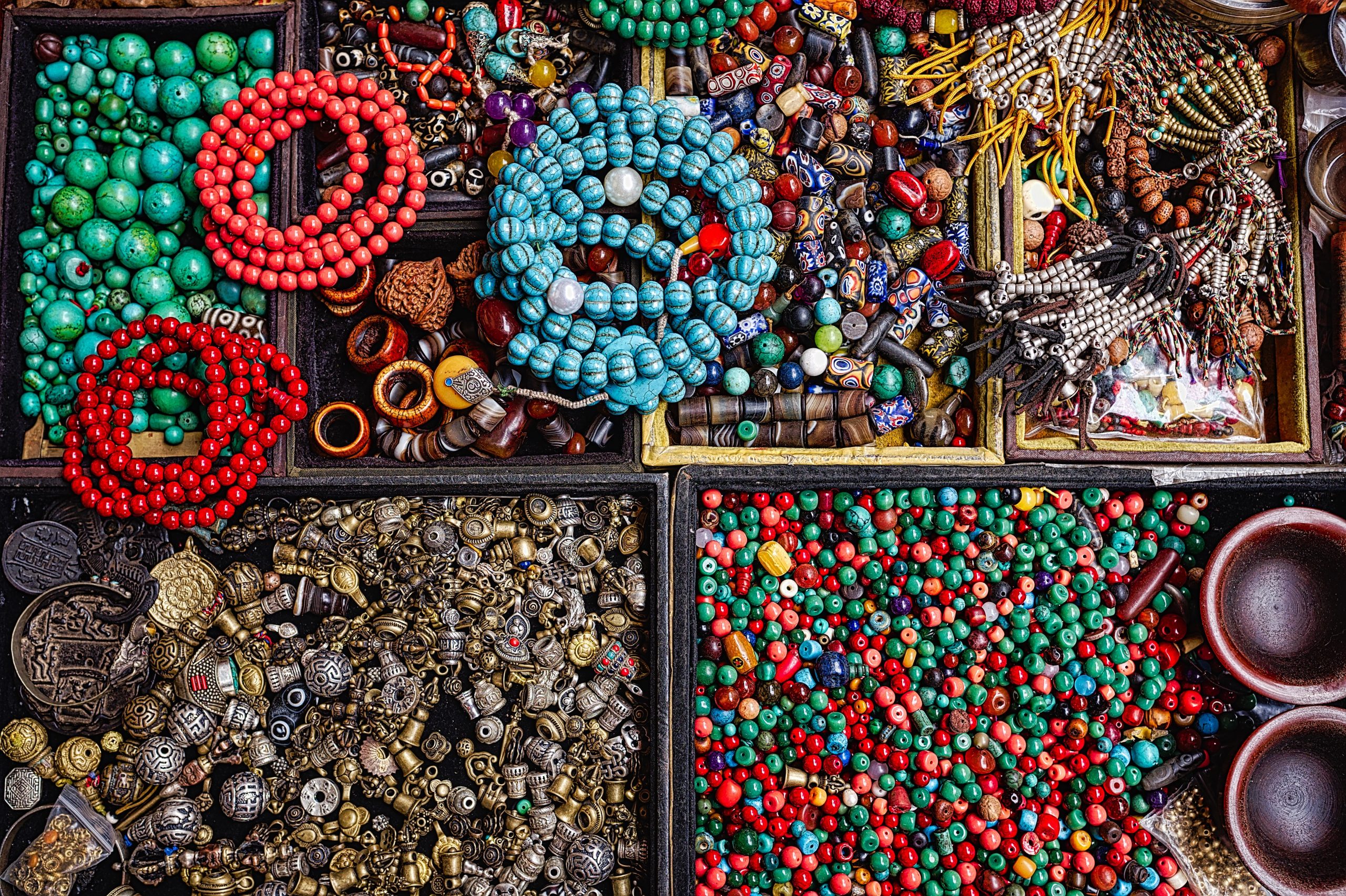 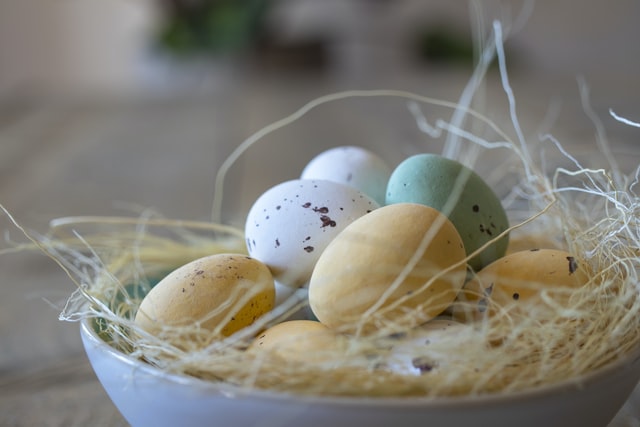